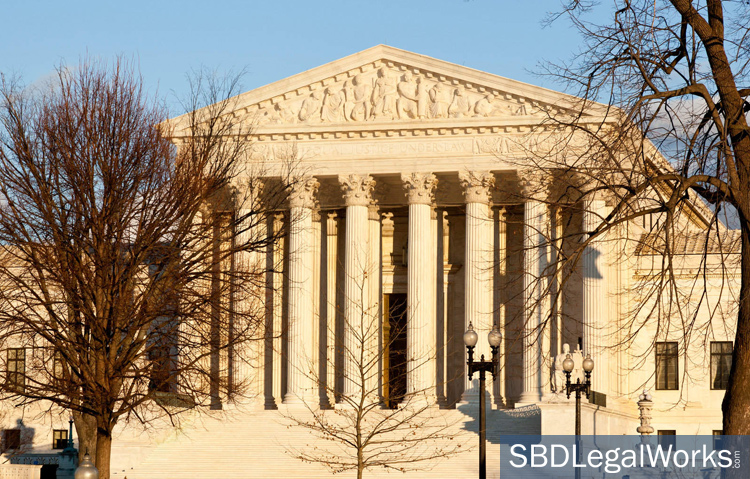 Following the news of a prominent court case can sometimes be confusing. One day, you hear about a ruling in one court; the next day, you hear of a ruling struck down. Some cases are tried at the state level, others at the federal level. In order to bring some clarity to the legal news, let’s outline the structure of the federal court system and how it plays out on a day-to-day basis.

Let’s start by drawing the distinction between the federal court system and the 50 different state court systems. Where a case is heard depends on whether the law in question is a federal statute or a state law.

There are instances where there is overlap between federal and state jurisdiction—perhaps different laws create overlap. The plaintiff and defendant may be located in different states, which is common in product liability cases. In these circumstances, the plaintiff decides which court they want to file in. The defendant has the option of requesting the case be “removed.”

Once a case is established as being in federal court, there are 3 different levels:

Virtually all cases must begin in district courts—the “court of original jurisdiction.” Circuit courts are, by the very nature, appeals courts and the second step in the process. The Supreme Court is usually the court of final appeal.

There are instances when the Supreme Court has original jurisdiction—disputes between 2 or more states, actions involving government officials and disputes between the federal and state government are prime examples. But these are rare and, in most instances, federal action begins at the district court level.

The United States is divided up into 94 federal court districts. The original trial is heard here. Within each district, there is a special court for bankruptcy proceedings.

The judges are nominated by the President of the United States and must be confirmed with a majority vote in the U.S. Senate. The judges then have a lifetime appointment. The exceptions in district court include magistrate judges—a magistrate secures their appointment from the district court judges and serves a term of no more than 8 years.

The 94 federal districts are grouped by geography into 12 circuits. A 13th circuit exists for the District of Columbia. If the losing side in district court wants to appeal, it goes to circuit court. The number of judges within each circuit range from 6 (in the relatively small First Circuit that covers New England) to the large Ninth Circuit, whose 29-judge panel oversees a territory that includes California.

As an appellate court, the purpose of the circuit court is not to re-hear the case. It’s only to determine if there were errors in procedure or the application of law in the court of original jurisdiction.

The 9 members of the Supreme Court are all appointed by the president and confirmed by the Senate to a lifetime appointment. If an appeal has gone through the appropriate circuit court, it can be appealed again to the Supreme Court.

While Supreme Court cases get headlines and the selection of judges is a politically divisive issue, it should be noted that less than 1 percent of all cases appealed to the highest court actually get heard.

In order for an appeal to be heard, 4 of the 9 justices must grant a writ of certiorari, which essentially means they agree to hear the case. If justices believe the case has been settled appropriately, they are unlikely to grant certiorari.

An exception might be if there was a strong demand in the legal or political communities for the Court to weigh in. But on the flip side, even if 4 judges are prepared to hear a case, they may choose not to grant certiorari unless they are confident of a fifth vote that will ensure a victory.

The federal court system is an expansive animal, and navigating from the beginning all the way to the top is a lengthy, time-consuming and costly process.