Home / Criminal Defense / Difference Between Pleading No Contest and Guilty 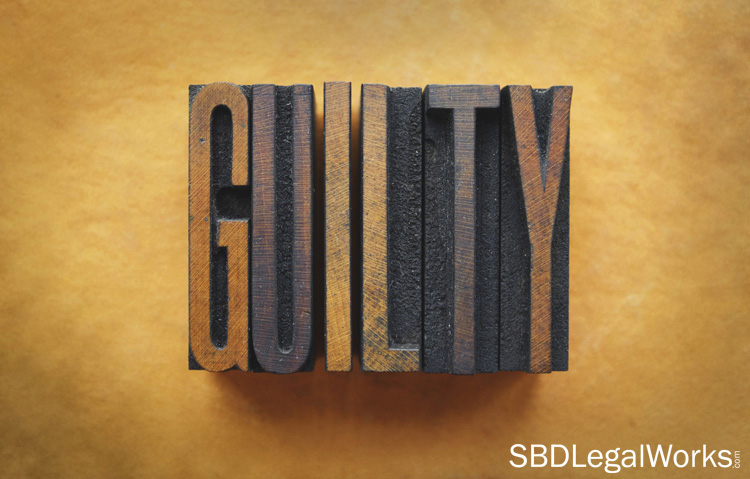 While the pleas of no contest and guilty are similar in a criminal case, they’re different enough that it’s important to understand the difference. If you’re the defendant in a criminal case, it’s essential that you consult an experienced criminal defense attorney who can provide you with astute legal advice so you understand the consequences of your decision before you take any action.

Essentially, when a defendant pleads no contest to the charges against them, they’re admitting their guilt without actually using the words “I’m guilty.” Under the U.S. Constitution, criminal defendants have the right to be tried by a jury of their peers and are considered innocent until such time as a jury proves them guilty.

If pleading no contest and guilty are the same thing, then why is it an option to plead no contest? Why wouldn’t a defendant just plead guilty?

How pleading no contest can affect a future civil case

Take a DUI, for instance. If a defendant pleads guilty to the DUI charges against them in a criminal case, that guilty plea will carry over if someone involved in the DUI, like a crash victim, sues them in civil court for damages.

A plea of no contest, on the other hand, means the defendant doesn’t admit guilt in the injury case. Therefore, the plaintiff would need to prove their guilt by a preponderance of the evidence in any future civil trial.

On the other hand, if you stand by their innocence, parole may also be denied. This is because successful parole applications typically include a statement of remorse, which wouldn’t be applicable if you were maintaining your innocence.

No contest comes with a plea bargain

That said, prosecutors will often agree to reduced charges and penalties in exchange for your change in plea to guilty. Either way, it doesn’t automatically guarantee you’ll escape a jail sentence.

In the end, which plea is better for you depends on the specifics of your case. A criminal defense attorney can help you understand your options so you can make an informed decision.